“Family constellation work is a relatively new discipline. Although many aspects are included in other therapeutic approaches, the method of working with constellations embodies some essential differences. Hellinger has developed his singular form of constellations out of his own observations of certain regularities which appear over generations in families”.

(Bertold Ulsamer “The Art and Practice of Family Constellations”)

“The family constellation work initiated by Bert Hellinger has now grown far beyond its infancy. In an astoundingly short period of time, the work has spread to reach large numbers of people in German-speaking countries and further throughout the world. The people attracted to this approach are interested in problem-solving methods that also incorporate an awareness of the existence of the human soul.”

“Bert Hellinger is widely regarded as one of the most influential, provocative, and effective psychotherapists working in the German-speaking world today. His development as a teacher and healer is a fascinating story of self-transformation. After working for almost two decades as a priest and missionary with the South African Zulus, he converted from a religious to a psychological approach to human problems. He than immersed himself in the study of the major forms of psychotherapy, including psychoanalysis, primal therapy, Gestalt therapy, transactional analysis, hypnotherapy, and family systems therapy.

He has, in the course of his practical healing work, formulated some startling yet cogent insights into the functioning of family systems. His observations and his methods of working with family constellations are described in detail in dozens of books and training videos.”

(Ralph Metzner “On Life and Other Paradoxes, 2002)

In Systemic Constellations many will recognize the synthesis of varied streams of influence: 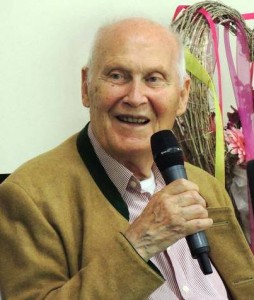 Jakob Schneider, Gunthard Weber, Hunter Beaumont, Albrecht Mahr and many others who have learned from him, continue to develop this exploration.

The uniqueness of the method is in its phenomenological approach which allows for the emergence of the “Knowing Field” – the field of information which we share with other people, our families, other groups we belong to and with the humanity at large. It is through this field, most often with the help from representatives and the phenomenon of representative perception, that we have direct access to knowledge we need in dealing with blockages and difficult issues. The immediate participation in that knowledge comes in the form of insight which has the power of transformation.

Hellinger and other Systemic constellations practitioners have also developed a number of methodology procedures which allow for better understanding and strengthening of these insights for people who are working on their issues: like spatial changes of representatives, body and energy work as well as certain rituals and sentences. All of these (and much more) constitute what today we refer to as Systemic Constellation Work. In addition to these foundations of the work, this method (with accompanying insights and procedures) is continually changing and developing. Diversity, growing empirical knowledge and constant movement also seem to be the essential qualities of this method.